The AudioServer is a REST API for audio.

It allows you to control basic audio functions (play, record, and stream) from anything that can do web requests – like Python, PHP, or cURL.

Here are the highlights:

Get the latest posts delivered right to your inbox 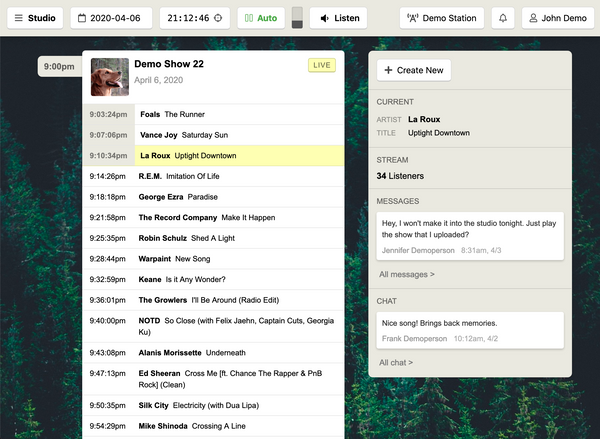 A platform for radio stations and audio creators.

Stay up to date! Get all the latest & greatest posts delivered straight to your inbox